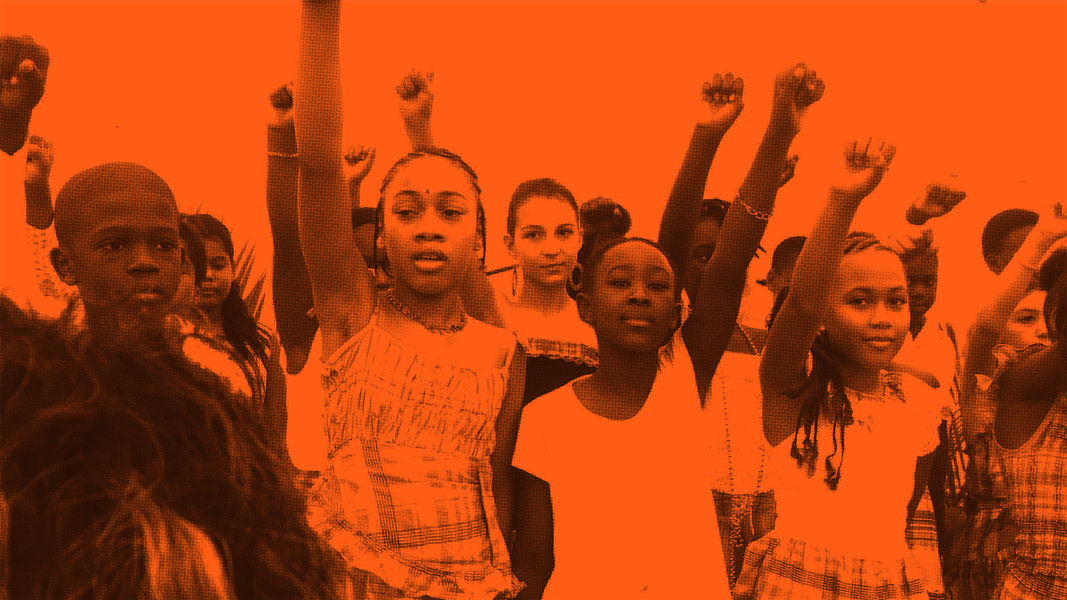 THE MONTH OF REMEMBRANCE

National and local commemorations are among the Foundation's key tools for transmitting knowledge of the history of slavery and achieving public recognition of Afro-descendants’ contributions to France.

The Month of Remembrance runs from April the 27th, the date of the definitive abolition of 1848, to June the 10th, the date of the commemoration in French Guiana. It will be the high point of the Foundation's annual calendar, along with the 20th of December on Reunion Island. An inclusive event intended for everyone, it will involve community groups, local authorities, schools, memory institutions, artists, athletes, the media and the general public.

Local authorities have been pioneers in this field, and many local authorities, departments and regions are organising ceremonies. Thanks to the framework of the Month of Remembrance, the Foundation aims to increase the number of communities organizing events fivefold in the the next three years, starting from a base currently estimated at 100 cities and towns. The Foundation will also support the organization of ceremonies around Abolition Days in overseas communities.

THE MONTH OF REMEMBRANCE 2020

This year 2020 was marked by the Covid 19 health crisis. In exceptional times like these the past enlightens us, not only because it reminds us of the tragedies of history, but also because it gives us examples of courage, resilience and flexibility.

The Foundation coordinated digital events throughout the Month of Remembrance so that everyone could participate and remember.

THE MONTH OF REMEMBRANCE 2021

The year 2021 will mark the 20th anniversary of the Taubira Law, which recognizes the slave trade and slavery as crimes against Humanity. Christiane Taubira is President of the Foundation's Support Committee. This milestone will set a new tone for national ceremonies. May the 10th, 2021 should increase public awareness, with the audience for events expanding from activists and institutions to reach all French citizens.

The Foundation is preparing a cycle of events to celebrate the 20th anniversary of the Law.

For the National Day of Tribute to the Victims of Slavery on the 23rd of May, a ceremony is planned at the Tuileries Gardens, where the National Memorial to the victims of slavery announced by the President of France on the 27th of April 2018 is to be inaugurated.

Currently in France, about a hundred cities and towns commemorate the abolition of slavery every year in May, June or December. Often organized at the instigation of local community groups that fought for remembrance of slavery, these ceremonies have become recurring moments in local life.

A space dedicated to local authorities will be opened on our website soon in order to facilitate exchanges between them, offer resources (kits) and share experiences.

To achieve its goals, the Foundation intends to: